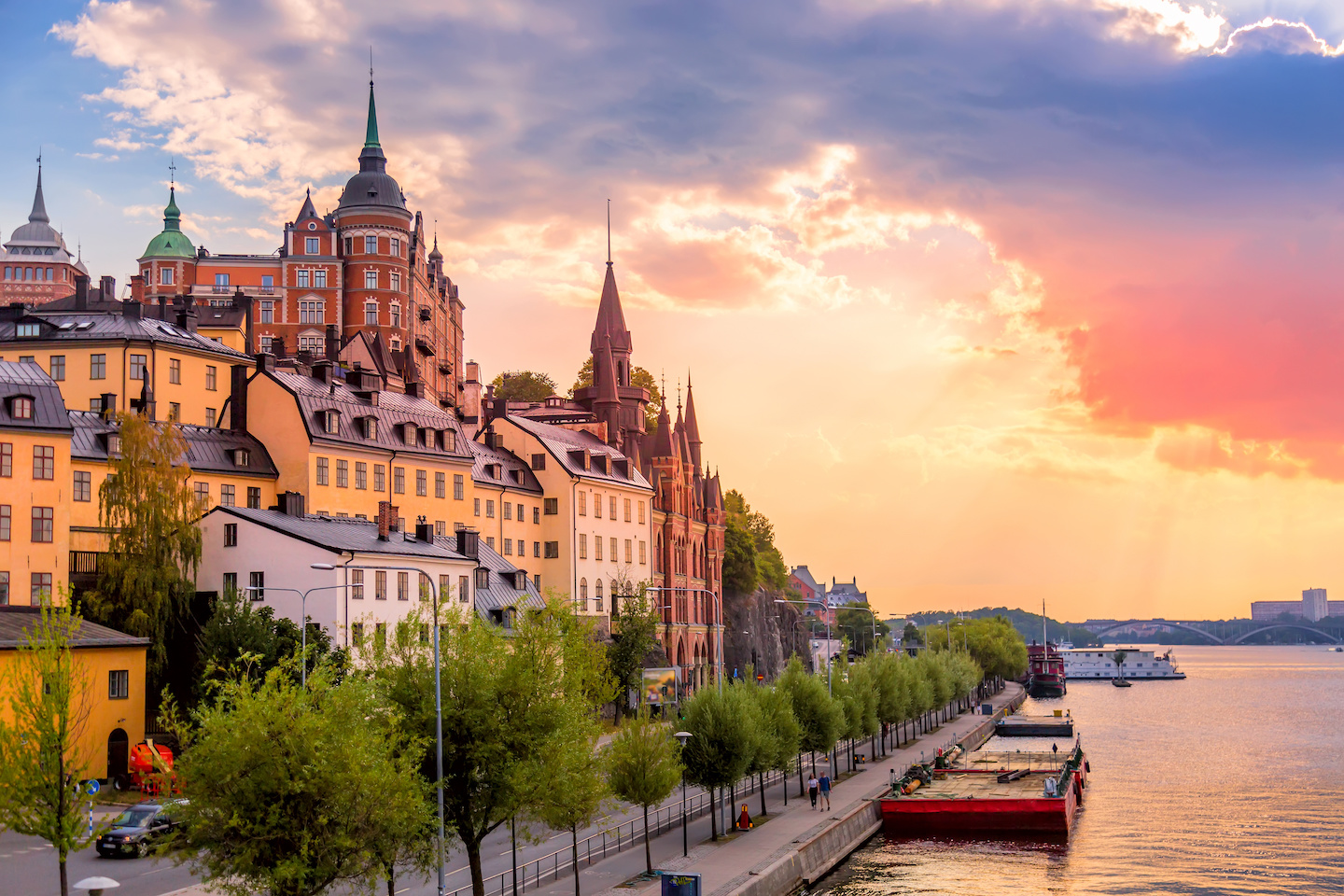 If the closest you’ve gotten to Scandinavia is a trip to IKEA it’s time to take a closer look! This stretch of northwestern Europe that includes Denmark, Norway, and Sweden (& sometimes the Nordic countries of Finland and Iceland too); Scandinavia is home to some seriously stunning sights! The region boasts shimmering blue lakes, Viking remnants, fairytale castles, and snow-laden forests that look like a scene from Narnia. It isn’t all fjords and pine trees though; Scandinavia also has charming cities and cultural centers that house some of the world’s top art and design scenes. Everywhere you go there’s a green approach to life with the clean water, air and land contributing to fresh, fish, produce and of course our favorite; amazing local cheeses!

Primarily made from cow’s milk, cheese is an integral part of everyday Scandinavian cuisine. When I recently visited friends in Sweden nearly every snack and meal included crisp bread, sliced apples, lingonberry or cloudberry jam, and gorgeous cheeses served with a cheese planer to shave away thin and luscious slices!

To whet your appetite, let’s take a little tour around the region and some of its must-try cheeses:

Sweden
A land of numerous lakes, Sweden is the largest of the Scandinavian countries both in land size and population. It’s also home to one of Scandinavia’s best selling cheeses – Havarti! Rich and characteristically creamy, it is made from cow’s milk taken from Sweden’s pure and clean Northern terrain and often made with dill, jalapeño, or caraway. Try it in our recipe for Crispy Havarti Stuffed Portobellos or pair it with fruit on cheeseboards.

Sweden’s capitol city of Stockholm boasts islands stitched together by passenger boats and bridges, a restored Viking ship, medieval center, and is also home to some of the top tech, design, and fashion brands.  Sweden’s second largest city of Gothenberg has reinvented itself as one of Europe’s coolest destinations. Go for the super-fresh seafood sold at the “Fish Church” (a huge chapel turned fish market), infamous giant cinnamon buns, and to swim in cool, clear waters.

Other cheeses of note from Sweden include Farmer’s Cheese, Fontina, Greve.

Herrgardsost, Priest XO Cheese (similar to Parmesan), and Prastost a semi-firm, buttery cheese with a salty sweetness that pairs with sparkling wines. A unique specialty of Norrland in northern Sweden; Kaffeost (or ‘coffee cheese’) is a round flat, mild cheese. The unusual name comes from it’s unusual way of being enjoyed – with the cheese added in cubes to sweetened, hot coffee, and eaten after the coffee is drunk!

Finland
Head east of Sweden to Finland or “The Land of the Midnight Sun,” where seeing the Northern Lights is almost guaranteed on winter nights. (On the other hand, the days are so long in May that the sun pretty much stays up all night!) Home to wood-fired saunas, reindeer meat, lingonberry juice, Santa’s village in Lapland, and some of your favorite cheeses too.

Finnish cheeses include local specialties like Kiesarinna; a sweet and sharp semi firm cheese to pair with cloudberry or lingonberry jam. Tilsit is a semi hard cheese that’s tangy, complex, and often paired with smoked salmon. Viola is a uniquely buttery, rich, creamy cheese that’s enjoyed spread on bread or pretzels. Or do as the Finnish do and share a Gruyere and Swiss Skillet Fondue for Two featuring two classic cheeses from the country. Other fabulous melting cheeses from Finland include Gouda and Muenster which is amazing in our Mini Muenster and Veggie Frittatas.

Denmark
Next up is the southernmost Scandinavian country, Denmark. It’s comprised of the Jutland peninsula and over 400 islands some of which are linked to the mainland by bridges. Almost all of Denmark is low and flat with windmills and thatched cottages through the countryside. When it comes to a blend of art, design, fashion and food, the capitol city of Copenhagen is a dream destination. The most highly rated restaurant in the world; Noma is there, but it’s actually a laidback city where bikes are the favorite mode of transport, cafe culture abounds, and locals relax at canal-side bars.

Head north to Skagen – one of Denmark’s prettiest spots with brightly colored houses lining the streets and plenty of art galleries and antique shops. The town has boasted a thriving arts scene since the Nordic Impressionists arrived over 100 years ago, attracted by big skies and soft golden light.

Denmark is perhaps best know for its namesake Danish Blue. Made from cow’s milk, it is a white cheese with a delicate network of blue-green veins. Denmark’s rich, green grazing pastures and fertile soil contribute to the consistent quality of this world famous product. Enjoy it in our easy recipe for Apple Harvest Bites with Danish Blue. Other cheeses to try are Rygeost; a smoked fresh cheese made from drained junket and Samsoe, a nutty sweet cheese with sweet and sour note.

And you can’t leave Scandinavia without sampling an iconic “brown cheese”. Found throughout the region, Myost or Brunost is a uniquely brown, velvety, sweet cheese with a nutty, almost caramel/chocolate flavor that results as the milk sugars caramelize during cooking. It’s as ubiquitous as peanut butter and often used in a similar way in sandwiches!

No matter where you choose to travel in Scandinavia – you’ll be sure to come home with amazing photos and unforgettable sightseeing and cheese tasting memories.