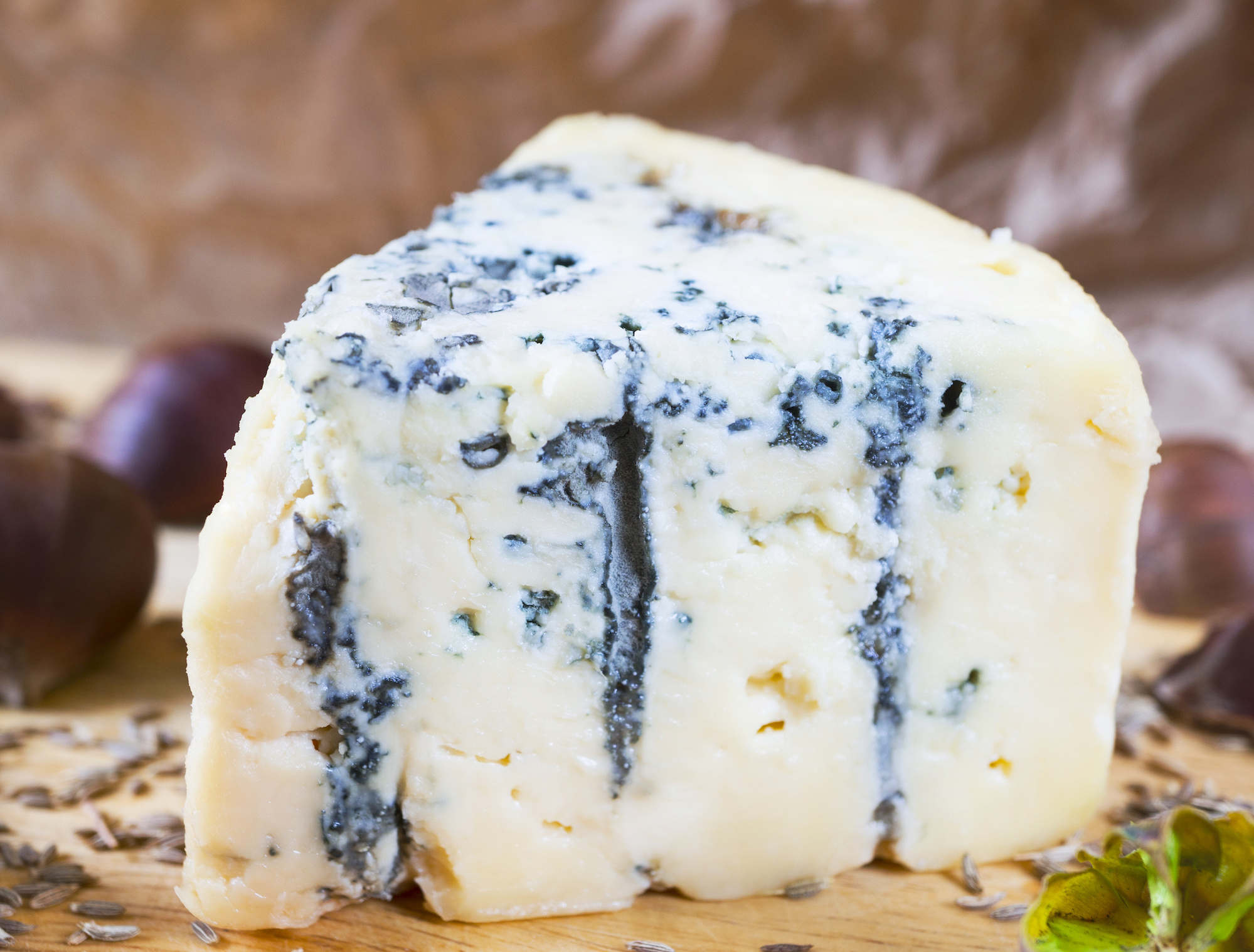 As with so many other delicious discoveries, the origin of blue cheese was an accident!

It dates back to 7th century France in a cave outside the village of Roquefort. Legend has it that a distracted shepherd left his snack of bread and cheese in the cave. When he returned a few months later, the cheese had become infested with a natural mold that was growing in the cave called penicillium roqueforti and voila! Rich pungent blue cheese was born.

Today, this natural mold is refined and used for almost all blue cheeses simply by adding the mold culture to the cheese milk during the cheese making process. Most blue cheeses are either injected with the mold, as with Roquefort, or the mold is mixed right in with the curds, as it is with Gorgonzola, to insure even distribution of the mold. And many imported cheeses must still be aged in the original caves where they were developed to bear the name.

There’s a bit of the science behind blue cheese!

Mold flourishes in contact with oxygen. So for the cheese to develop that gorgeous trademark blue marbling, air must reach the inside of the cheese. This is often done by piercing the cheese with thin needles or skewers. The blue mold then matures inside the air tunnels, developing flavor as it ages. A few blue cheeses develop this interior veining naturally from ambient mold, meaning the wheels are ripened in caves where mold spores in the air can colonize the cheese.

But why do blue cheeses differ so greatly in color, taste and texture? Similar to hard cheeses, there are cheese-making variables that differentiate one blue from another including things as simple as how much moisture is left in the beginning curds. For example, a wet, spongy curd will collapse when pierced with mold, meaning that bigger pockets of blue are likely to develop vs a dry curd that develops into a sturdier cheese with more even veining.

The strain of blue mold that’s used also makes a major difference. Cheeses made with p. glaucum generally have a softer, sweeter, nuttier flavor than those made with p. roqueforti. (If you think you don’t like blue cheese because it’s too strong and pungent, it’s probably been made with p. roqueforti!). These two different molds also create drastically different looks with p. roqueforti producing a dark greenish-black color while p. glaucum delivers a lighter blue suede toned vein. The length of time a cheese is aged before it’s pierced will make a difference too as well as how long it’s aged after. Most mold-containing cheeses take three to six months to mature.

Here’s a blue cheese tip for you!

If you’re hesitant about blue cheese or find the flavor a bit strong; seek out cheeses with fewer pockets of blue mold and those with softer, creamier textures.

Here are a few of our favorite mildly sweet “Starter Blues” for you to try:

But don’t stop there! Once you develop a taste for blue (or if you’re already a huge fan) there are so many wonderful options to sample: