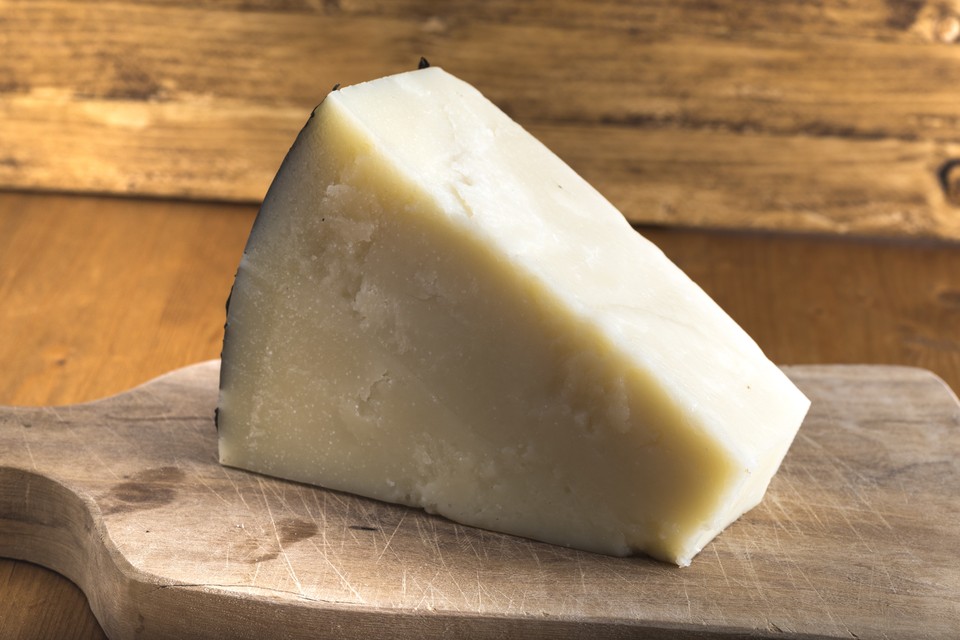 Pecorino cheese is one of the most popular and beloved imported cheeses from Italy.  Made exclusively with sheep’s milk; the word Pecorino itself is derived from the word “pecore”, meaning sheep in Italian. You probably know and love Pecorino for it’s sharp, lightly tangy, and salty flavor that’s often grated on pasta…but there’s a lot more history and varieties of Pecorino than you think!

These drum-shaped cheeses have a smooth, hard rind that varies in color and may even have a protective coating of lard or oil. The interior is generally white to pale yellow in color with small irregular eyes and flavor profiles that are determined by their age. Aged Pecorinos are referred to as ‘stagionato’ (meaning seasoned) and are hard and crumbly in texture with buttery and nutty flavors while young or ‘semi-stagionato’ and ‘fresco’ or fresh Pecorinos feature a softer texture with a mild creamy flavor.

A preferred cheese in many pasta dishes and an obvious choice in Italian regions where the cheese is produced, Pecorino has historically been a favorite in rustic areas of Italy as a less expensive alternative to Parmigiano-Reggiano. Pecorino is still preferred today in Italy for many of the classic pasta dishes of Rome and Lazio, such as Bucatini All’Amatriciana, Cacio e Pepe, and Pasta alla Gricia.  Not just for pastas and cheeseboards; high quality aged Pecorino stagionato is often enjoyed at the Italian table with pears and walnuts or drizzled with local chestnut honey as a lovely dessert.

With a history that dates back to Roman times, the EU has recognized six PDO (Protected Denomination of Origin) varieties of Pecorino; a certification given to products tied strictly to their place of origin.  They include Pecorino Romano, Pecorino Toscano, Pecorino Sardo, Pecorino di Filiano, Pecorino di Picinisco and Pecorino Siciliano from the island of Sicily.

Of the six main varieties Pecorino Romano is probably the best known outside Italy, especially in the United States, which has been a major export market for the cheese since the 19th century. Most Pecorino is produced on the island of Sardinia, though its production is also allowed in Lazio and in the Tuscan provinces of Grosseto and Siena.

Today Pecorinos are also found with delicious flavor additions including Pecorino Pepato spiced with black peppercorns or red chilis as well as varieties flavored with walnuts, arugula, or bits of white or black truffle.

Let’s dig deeper into the flavor profiles plus wine and food pairing suggestions for a few of the varieties:

Pecorino Toscano wheels weigh between 2 to 8 pounds often with a yellow crust and white or light yellow interior. It has a bright smell but a delicate and lightly sweet taste when fresh, making it perfect with vegetables and fruits like figs, grapes, or pears. As it ages, Pecorino Toscano becomes more intense in flavor and pairs well with sweet options like fruit compotes, honeys, dried fruit and nuts and wines such as Chianti Classico.

Pecorino Romano is a hard cheese made in the regions of Lazio and Sardinia as well as the Tuscan province of Grosseto using fresh whole sheep milk that is cooked. In terms of taste, it is aromatic, slightly sharp, and savory making it delicious with vegetables and fruits. It can be sold as table cheese after at least five months of aging while the type intended for grating must be aged for eight months. The perfect wine to serve with Pecorino Toscano is a mature red like Cabernet Sauvignon and Barbera d’Alba. This cheese is a must-try it in our popular recipe for One Pan Classic Cacio e Pepe or our Roasted Delicata Squash with Brown Butter and Pecorino Romano.

Pecorino Sardo is made from pasteurized Sardinian sheep milk and sold as both young (fresh) and mature (aged). It has a strong but pleasantly sharp taste that pairs beautifully with fresh vegetables, honey and traditional Sardinian wines like Vermentino. The wheels of cheese must be aged for at least two months and weigh between about 7 and 9 pounds.  Fun Fact!  In Sardinia, the larvae of the cheese fly are sometimes intentionally introduced into Pecorino Sardo to produce a local delicacy called casu marzu, which translates loosely to “rotten cheese”!

Ready to explore?  Definitely see our post on Sheep and Goat’s Milk Cheeses to learn what makes them so unique and check our our Italian Cheeseboard and Wine Tasting to dig deeper