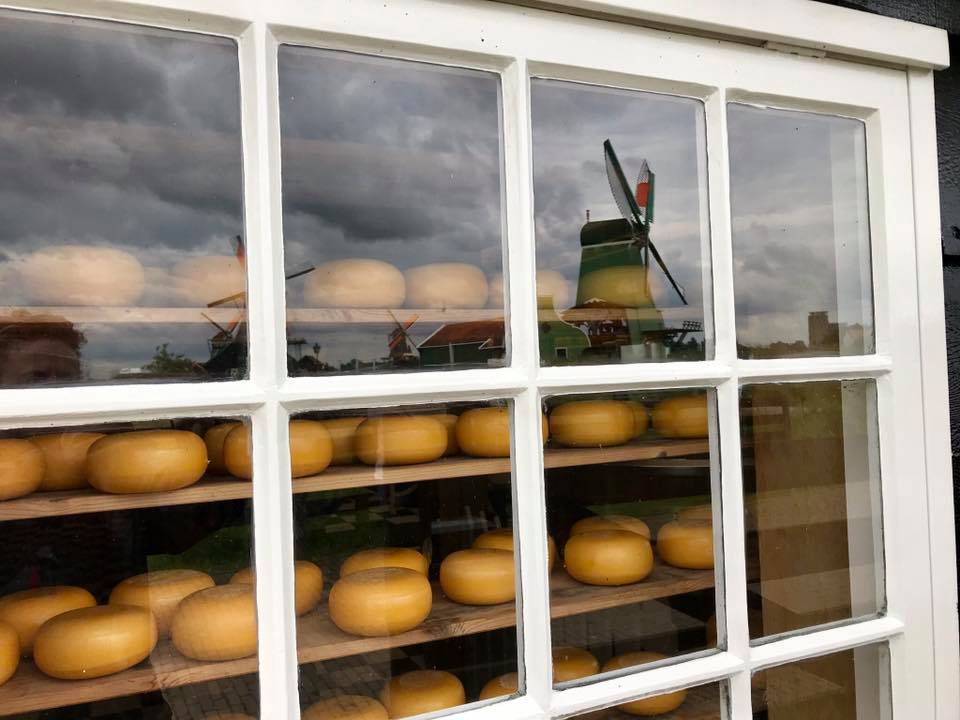 As a chef and perpetually food-curious person; one of my favorite things about international travel is discovering new and interesting dishes. It’s such a fantastic way to immerse yourself in a new culture and make amazing vacation memories. Plus, with a little sleuthing online or some vacation cookbook purchases you can recreate the taste experience when you get home! So whether you have European travel in your future or just a serious case of wanderlust – here are some of our Favorite Foodie Travel spots to add to your list:

This capital of Italy’s Emilia-Romagna region is considered to be the culinary epicenter of the country. And for good reason! Here you’ll find shops selling hand made tortellini, some of the tastiest cured meats such as mortadella and the legendary Prosciutto di Parma, as well as its namesake dish of Pasta Bolognese. The rich, meaty long-cooked ragu is made with a mixture of beef, pork, and sometimes veal and traditionally served over tagliatelle. You’ll also have the chance to sample the best balsamic vinegars from Modena just an hour outside Bologna. And of course one of the world’s best loved Italian cheeses, Parmigiano-Reggiano is made here. By European law it can only be called Parmigiano-Reggiano if it’s from the towns of Parma, Reggio Emilia, Bologna, Modena, or Mantua. Enjoy it on its own, in cheeseboards, shaved over pasta, or drizzled with balsamic.

The City of Lights is a gourmet playground for food-lovers everywhere. From croissants and coffee at adorable sidewalk cafes, to picnics and wine bars, there are so many amazing Paris foodie experiences to enjoy. Sample classic French dishes at a neighborhood brasserie, indulge in gorgeously hued macarons, stop by a boulangerie for warm baguette, and of course visit one of the city’s many amazing cheese shops with a selection of cheeses that will blow your mind! Wherever you go in Paris you can’t go wrong with ordering “deux vins rouges et une assiette de fromages” (two glasses of red wine and an assortment of cheeses). It’s the perfect opportunity to sample Arpea de vache, Chaource Dèlice pommard, Montboissie and other cheeses you may not find so frequently in the states. Channel French Bistro vibes when you get home with our recipe for Lamb Sliders with Delice de Bourgogne.

It’s almost unbelievable to recall that British food used to be considered completely lowbrow and tasteless.   For the past several decades pioneering London and UK based chefs have been ushering in the nose-to-tail and other important fine dining food trends. The food scene in London is a bustling and ever changing one -be sure to make time for a High Tea, shop at the legendary Harrods for treats to bring home, check out some classic pubs for a Ploughman’s lunch featuring local cheeses such as Stilton and Aged Cheddar, or (on my own personal must-do list for my next visit to London) try some of award winning chef Yotam Ottolenghi’s food. (I adore his cookbooks too). Recreate that cozy British pub feel when you get back with our Double Cheese Welsh Rarebit recipe with imported Gloucester cheese.

This gorgeous canal lined, bike-everywhere city in the Netherlands isn’t always known for its food scene. But there are so many super fun local specialties we wanted to include it! Bitterballen are the ideal bar snack, perfect when ordered alongside a towering Dutch beer. These ground meat croquettes are often served with mustard and are one of the most popular local foods. Don’t worry if you can’t pronounce them, just be sure to enjoy some Poffertjes – these mini Dutch pancakes come covered in sweet syrup and are fluffy and delicious. You also need to try some true stroopwafels -even though these caramel filled waffle cookies have made their way to the US, they don’t compare to the warm freshly made version from street carts everywhere. And of course you’ll see Dutch cheeses everywhere at cheese shops around town. They’re generous with samples and often sell over 50 different types of cheeses. Try the variety of super aged Goudas and Edam available. Or seek out the lesser-known Smoked Maasdam, a creamy sausage shaped cheese to enjoy as a snack.

With France and its famed cuisine just next door, Belgian food can struggle to get onto the culinary map. But as local chefs redefine old classics, this gem of a city has a lot to offer! Start with some Moules Frites. Belgium’s national dish, each pan of steaming mussels is served with a helping of amazingly crisp fries. Traditionally served mariniere-style, with cream, parsley and a splash of white wine, there’s also a hearty version with beer marinade worth seeking out. Frites are also enjoyed on their own with an epic array of sauces for dipping. Belgians also embrace their North Sea coast with gusto, and a stunning Brussels specialty is a leisurely meal with towering silver platters piled with oysters, sea snails, clams and lobster. Belgian beer is fantastic and often included in local dishes such as Carbonnade Flamande. This ultimate comfort food has chunks of tender beef simmered in dark beer and onions until it’s transformed into a rich and sweet mahogany-hued stew. Crispy fried croquettes stuffed with Gouda cheese, potato, and seafood are another local favorite. Also seek out Vieux Chimay, a buttery cow’s milk cheese with a hint of hazelnuts and satiny texture or a semi-firm Nazareth full-bodied cheese to grate over gratins.

Located on Spain’s north coast in the Basque Country, San Sebastian has become well known for its above and beyond food scene. Home to more Michelin-starred restaurants per square mile than any city including Paris and New York, uniquely Basque pintxos bars, fresh food markets and gourmet food shops, It’s nearly impossible to find a bad meal here. Fresh, quality produce is what San Sebastián’s food scene is all about, and the best places to discover it (or pick up some of your own) are the markets of San Martín and La Brexta. The regions iconic cheese is artisanal sheep’s milk Idiazabal, traditionally served with quince paste. Pick some up at your local cheese shop for a taste of San Sebastian or host a Pinxtos Party with a variety of small bites, some Spanish wine and our Manchego and Serrano Party Bites for a mini taste of Spain.