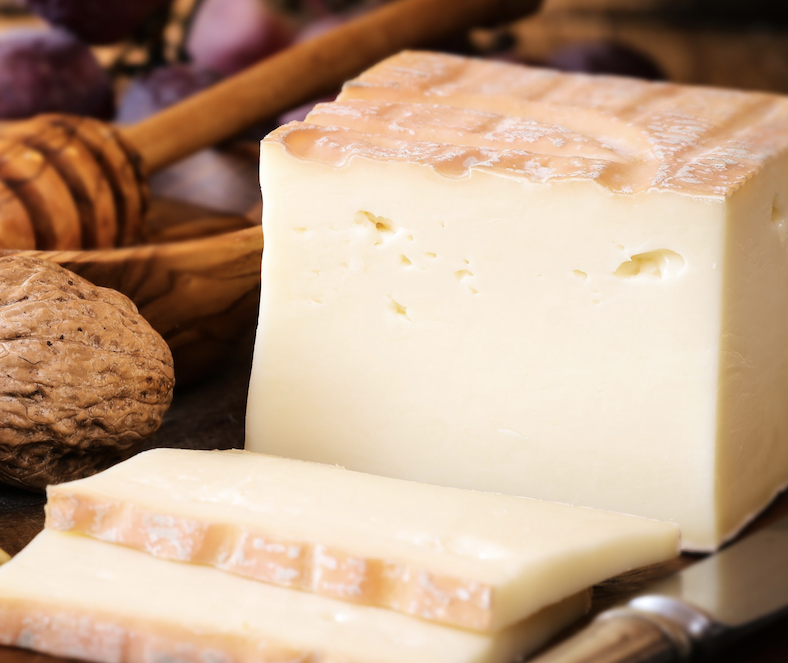 As a lover of imported cheeses you probably already know that a distinct and pungent odor is both nothing to be afraid of and often the mark of an exceptionally hand-crafted cheese!

But did you ever wonder just where that aroma comes from?  A cheese’s smell directly correlates to the mold or bacteria used to age it and form its rind.  And it’s the washed-rind family of cheeses that wins first prize in the deliciously stinky cheese competition! During the aging process, the rinds of these cheeses are rinsed with anything from salt water to brandy, wine, beer or even pear cider. This helps inhibit mold and also encourages the growth of friendly bacteria.

The bacteria, Brevibacterium linens, is what gives the rind its aroma; it just so happens that B. linens is also the very same bacteria responsible for giving sweaty gym socks their distinct aroma (so no you’re not crazy!)

By comparison, low moisture washed rind cheese (like Gruyère and others traditionally made in the Swiss and French Alps) can have more of a barnyard smell, become firmer and drier as they age, and can be grated.

In addition to washed-rind cheeses, many blue veined cheeses have their own uniquely funky aroma thanks to their intentionally developed bacteria.

Ready to get funky? Of course you are!  Meet our Fab Four:

This soft, French, cow’s milk cheese might be the most famous of the funky cheeses. (There’s even an urban legend that it’s been banned from eating on the Metro in Paris!) An absolute must-try, Epoisses is actually a French word meaning “completely worth the effort”!  Sold in round boxes to contain the oozing, Epoisses has a sticky orange exterior and amazingly creamy runny center when ripe. It is traditionally washed in a local Pomace Brandy called Marc de Bourgogne and aged for around six weeks.  Fun fact: this very special cheese was nearly extinct following both World Wars until it was brought back by local cheesemakers in the 1950’s. While it may seem intimidating at first scent, you’ll be rewarded by its rich, creamy, mild flavor.

This classic DOP protected washed rind cheese from Italy is aged in caves and might be one of the most approachable of our funky bunch.  It has a yeasty quality vs an aggressive scent with a buttery and full flavored taste that works well in cooking too.  Try it in our recipe for Creamy Polenta with Taleggio and Mushroom Ragu, to top steak sandwiches, or on your next cheeseboard.

A supremely stinky, semi-soft cow’s milk cheese that originated in Belgium and is often made in Germany too. While it smells strong, this pale orange-rinded cheese’s rich buttery flavor is surprisingly mild due to pasteurization.  It’s often enjoyed in thick slabs on top of dark bread with shaved raw onion. Learn more about Limburger here!

This French, washed rind, cow’s milk cheese is produced in Normandy with a distinct aroma that combines moldy cellars, barnyard animals and meaty bacon! Despite it’s uniquely strong scent it has a creamy, super mild flavor that pairs well with cider or a sweet white wine.

This sheep’s-milk cheese from southern France, often ranks among the strongest blues, so it’s an honorary member of our fabulous funky list!  One of the oldest known cheeses, Roquefort was reportedly the favorite cheese of the emperor Charlemagne, and in France it is referred to as “the cheese of kings and popes”. Roquefort is noted for its sharp, tangy, salty flavor and its semi-soft, rich, creamy texture.  It’s classically used for dressings, crumbled on salads or enjoyed over seared steaks.

Want to learn more about funky cheesemaking techniques?  Check out our pieces All About Aging and All About Blue.