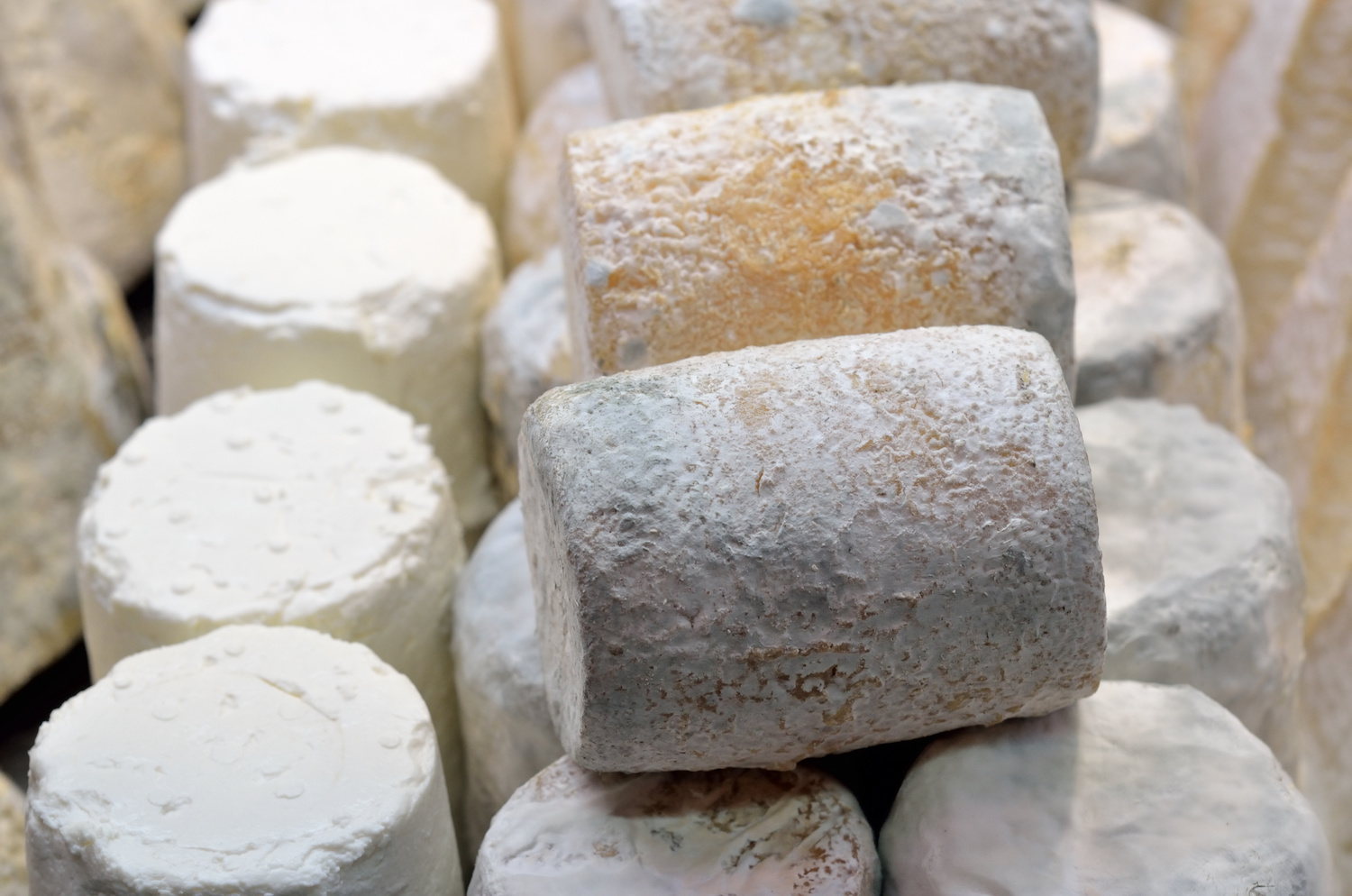 Human’s history with goats and goat cheese making is a long and storied one!

Goats were one of the first animals to be kept by humans over 9,000 years ago, before any other livestock species had been tamed. Villagers in what is now Iran made an informal deal with wild goats; they would herd, feed and protect them in exchange for meat, milk, hides, etc. In fact, goats were even incorporated into religious deities and rituals and served as a form of currency; with dowries paid and wealth measured in goats.

Long referred to as “the poor man’s cow” because they are foragers, not grazers; goats can thrive on rough land that couldn’t support the hardiest cow. Because of this and the ease of making it; goat cheese has long been considered peasant’s fare.

In the 8th century A.D the Moors brought goats to the Loire Valley where French goat cheeses, or chèvres were first made, Chèvre in French simply means goat, and that’s where our story begins. Farmers who used fresh goat’s milk to make cheese have referred to it as chèvre for centuries, and the use of the word spread with the cheese’s popularity. Today goat’s milk is used to make cheese all across the globe from small artisanal farms to mass production.

But what is it like to be a goat cheese maker?

Goats in general are very social, curious, gentle, independent and intelligent creatures and will become depressed if kept alone without others. They can even be taught their name and to come when called!   Many goat cheese makers grew up on farms and developed an affection for the animal that led to cheese making. Falling somewhere between chef, farmer, and scientist – the day to day life of a cheese maker is a long and varied one with typical workdays up to 11 hours long. Goats need to be fed and milked multiple times a day, with plenty of caretaking in between. As with all cheese making there’s a lot of multitasking from pasteurizing milk, making cheese, washing down prepared cheeses, and frequent cleaning and sanitizing of equipment.

Just as with cow or sheep cheese, goat’s milk cheese is made by coagulating the solids in milk, separating those solids (curds) from the liquids (whey), and then possibly aging it. Goat’s milk can be coagulated with rennet to create an aged cheese or even just vinegar or lemon juice if you want to make fresh cheeses such as ricotta or queso blanco. One of the keys to great tasting goat cheese is finding out the best expression of the milk, similar to wine-making. What you feed the goats makes a significant difference in the cheese you make

Goat cheese doesn’t have the taste or texture of cow cheese and it has everything to do with the milk.

Goat’s milk has a much higher concentration of fatty acids, but less milk protein, than cow’s milk. The higher concentration of fatty acids such as caproic, caprylic and capric acid in goat’s milk gives goat cheese its signature tangy flavor, and the lower amount of milk protein gives it a smoother, creamier texture. Without as much milk protein it can’t become stretchy as in mozzarella. And even a firmer goat cheese such as aged Spanish Garrotxa never gets as hard as an aged Parmesan Reggiano. Aging goat cheese mellows the tart tangy flavor significantly making Garrotxa an excellent choice for anyone!

Goat’s milk can also be used in place of other milks to create slightly different variations on cheeses.

Feta, for example, is traditionally made with sheep’s milk, but goat’s milk is often swapped in. Soft cheeses like brie can be completely made from goat’s milk – in France they’re not made in true Brie country (Île-de-France); instead are found in the Rhône-Alpes and Poitou-Charentes regions. It’s even milder than cow’s milk brie with a thin rind and creamy, delicate interior with only the slightest tang.   Even semisoft cheeses, like Gouda, can benefit from the creaminess of goat’s milk.  French Crotin is soft ripened but hard and crumbly with a full nutty taste while imported Bucheron (a personal favorite of mine!) offers the taste and texture of two cheeses in one. This cheese usually matures for 5-10 weeks, resulting in a dense center and gooey cream line rich in flavor with light earthy undertones and a delicate edible rind.

If we’ve gotten you eager to revisit imported goat cheeses be sure to try some of our favorites: 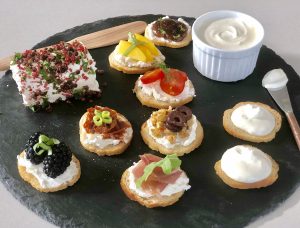 Beet Pesto, Kale, and Goat Cheese Pizza for a unique twist on a classic pairing. 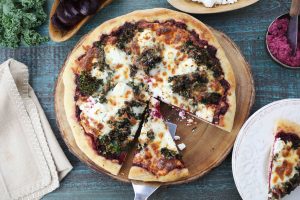 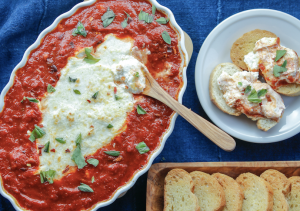