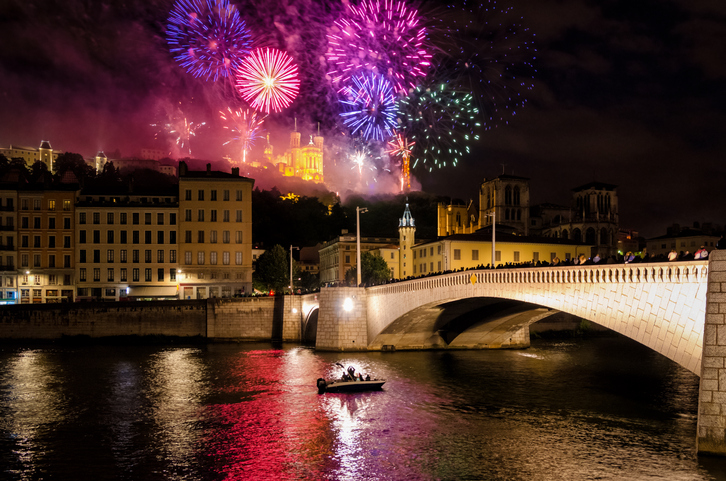 It’s always fun to get together with family and friends; even more so to celebrate a holiday!  These international holidays offer fun new traditions to enjoy and are the perfect excuse to make it a party.

Known as “La Fete Nationale” in France; Bastille Day celebrates the storming of the Bastille in Paris, France and the start of the French Revolution. The holiday, much like our own Independence Day on July 4th is filled with parades, fireworks, concerts, and outdoor parties.  Put a fun Bastille Day spin on your own summer gathering or picnic with French wines, pates, and a cheeseboard featuring favorites such as imported French Brie, Epoisses, Mimolette, Morbier, Roquefort, and Tomme.  For an elegant party starter enjoy some classic French Gougeres with Gruyere and Chives or try our French Lamb Sliders with Delice de Bourgogne and Fig Jam as an upscale French twist on a BBQ favorite.

♥ Don Orange as the Dutch Do for Kings Day – April 27th

This national holiday is pretty much the biggest birthday party ever!  Each year millions of people flood Amsterdam to celebrate their national pride and the birth of their monarch.  Formerly known as “Queensday” as the Netherlands had all female monarchs from 1885-2013; joyful outdoor festivities are held celebrating the current King Willem-Alexanders birth.  The color orange is worn to commemorate their royal “House of Orange” and each year on April 27, Amsterdam, and the entire county — turns orange!   Street carnivals, dancing, singing, and a traditional open air market are all part of the fun. (The Dutch, traditionally a nation of sailors and merchants, celebrate by selling and buying small objects from their households sidewalk-sale style!).  At parties throughout the country, portraits of the reigning monarch are on display and many people dress up as the King or wear the King’s insignia.  To create your own Kings Day bash ask guests to don orange attire and serve fun Dutch classics such as stroopwaffles, croquettes of all kinds, fluffy Dutch pancakes, and delicious imported cheeses from the Netherlands such as Edam, Gouda, and Maasdam; traditionally paired with ham, bread, and butter.

Cinco de Mayo, or “the fifth of May” is a holiday that celebrates the Mexican army’s 1862 victory over France at the Battle of Puebla during the Franco-Mexican War.  It’s actually a relatively minor holiday in Mexico but Cinco de Mayo has evolved into a fun commemoration of Mexican culture and heritage here in the US, especially in cities with large Mexican-American populations.  It’s often celebrated with parades, parties, mariachi music, Mexican folk dancing and delicious traditional foods. To celebrate treat your friends to a fun spread of tacos, margaritas, Mexican beers, guacamole, and our Mexican Queso Blanco Dip made with imported Mexican Queso Blanco cheese.

You’re probably familiar with American versions of this holiday with parades, bagpipes, beer drinking, shamrocks, and the wearing of green; but did you know Saint Patrick’s Day was actually made an official Christian feast day in the early 17th century to commemorate the death of the beloved patron saint of Ireland?  Historically the Lenten restrictions on eating and alcohol were lifted for the day, which created the tradition of raucous parties and drinking. Another fun fact! Saint Patrick’s Day is celebrated in more countries than any other national festival. This year, skip the corned beef and cabbage and try an authentic taste of Ireland for St Patrick’s day with our recipe for Bangers and Irish Cheddar Mash with Guinness Gravy.

Originally a one-day religious commemoration, this lively street festival was first celebrated in the US in 1926 in New York City. Immigrants from Naples gathered along Mulberry Street in Little Italy to continue the tradition they had followed back home and celebrate the feast day of Saint Januarius, the Patron Saint of Naples.  Over time, the festival expanded into an annual 11-day street fair, celebration of Italian-American culture, and major tourist attraction in NYC and other cities. Traditional festival foods such as sausage and peppers, zeppole, and cannoli, are enjoyed along with parades, games, and Italian music.  To create your own San Gennaro celebration why not commemorate another traditional Neapolitan import – pizza!  Much like the San Gennaro festival, pizza originated in Naples and came to the US with Italian immigrants.  Whip up an easy at-home version like our Naan Pizza with Fontina, Sausage, and Crispy Mushrooms or for another fun twist on an Italian classic make our Garlicky Calzones with Broccoli Rabe and Provolone.  You can also seek out cheeses imported from Italy such as Asiago, Fontal, Grana Padano, or Moliterno to give your traditional cheeseboard some Italian flair.