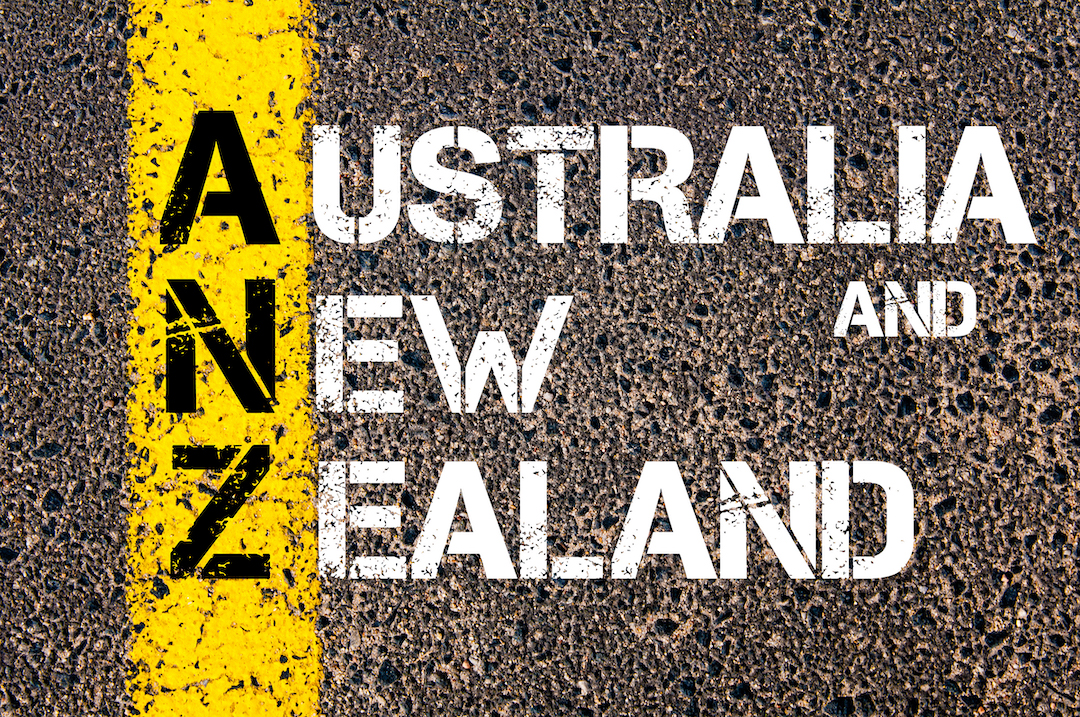 With their open landscape, expansive dairy industry, and many European influences; both New Zealand and Australia are home to a wide variety of delicious imported cheeses you need to try!

Cheesemaking in both countries began in the 1700’s when the first European settlers arrived; with dairy cows first arriving to Australia in 1788. As story has it, the first handful of bulls and cows to survive the long trip escaped into nearby bushland and were found several years later multiplied into a herd of over 100!  Farmers quickly adapted to their new homes “Down Under” and by the early 1900’s a booming dairy industry was exporting massive amounts of cheddar and butter back to England.

In the 1930’s a new wave of Italian and Greek immigration occurred leading to demand for and top quality production of versions of European classics like Parmesan, Mozzarella, Brie, Feta, and more.  The mid 1900’s were dominated by producing rations for the soldiers of WW II and then the Kraft Walker Co making “Processed Cheddar”,  after the Australian Fred Walker traveled to the US to obtain the Australian rights for Kraft Cheddar processed cheese.

But in the last 70 years there has been a major resurgence of locally produced, specialty, and often small batch European style cheeses.  Many of the wine and tourist regions of Australia and New Zealand feature their own boutique cheese producers to tour if you visit!

Today there are more than 105 varieties of cheese being made in Australia and New Zealand including top quality versions of imported Italian cheeses like Mozzarella and Mascarpone, Greek cheeses such as Feta and Halloumi, bloomy rind imported French cheeses like Brie and Camembert plus a wide range of blue cheeses to rival European classics like Gorgonzola, Roquefort, and Stilton.  While these may vary slightly from their originals, the beautiful natural landscape of Australia and New Zealand allows for the production of unique twists on classic favorites.

New Zealand is world famous for the quality of their cheese & dairy products. As one of the world’s top dairy producing nations; the combination of fertile terrain, mild climate and green pastures is the perfect combination for dairy farmers and cheese making.  The cows themselves even produce a creamier and more yellow-hued milk than their grain fed cousins which lends a unique richness to all New Zealand imported cheeses. Here are a few to try!

Imported Egmont Cheese from New Zealand is a mild, young, semi-hard, cow’s milk cheese with a light cream color and unique, lightly sweet flavor.  Named after a famous, nearly symmetrical (dormant!) volcano on Mount Taranaki in New Zealand, Egmont cheese melts beautifully and blends into other flavors well.  Try it paired with a Stout style beer or in your favorite recipes,

Cheesemaking is a major industry in Australia with more than a third of the country’s milk production going into the production of a wide variety of cheeses.  Imported into Asia as well as the rest of the world, Australia is particularly known for it’s many award winning cheddar cheeses with uniquely delicious flavor profiles:

Aged Australian Cheddars are rich, creamy, and versatile to use for melting in dips or casseroles. They also pair well with Chardonnay or Pale Ales.

Smoked Sharp Cheddar is firm with the savory flavor of naturally smoked wood from apple trees. It’s a crumbly and creamy cheese that pairs well with medium to full bodied Cabernet, Merlot or Red Zinfandels.  You can also try them with other Dark Ales, Stouts, or smoked meats and toasted nuts.

Hungry yet? Be sure to pick up some New Zealand or Australian cheddars to nibble on their own or to try in our recipes for Cheesy Garlic Bread Bombs or Two Cheese Mac and Cheese Cups

To learn more about Cheddars and the interesting history of the Cheddaring process take a deeper dive here!