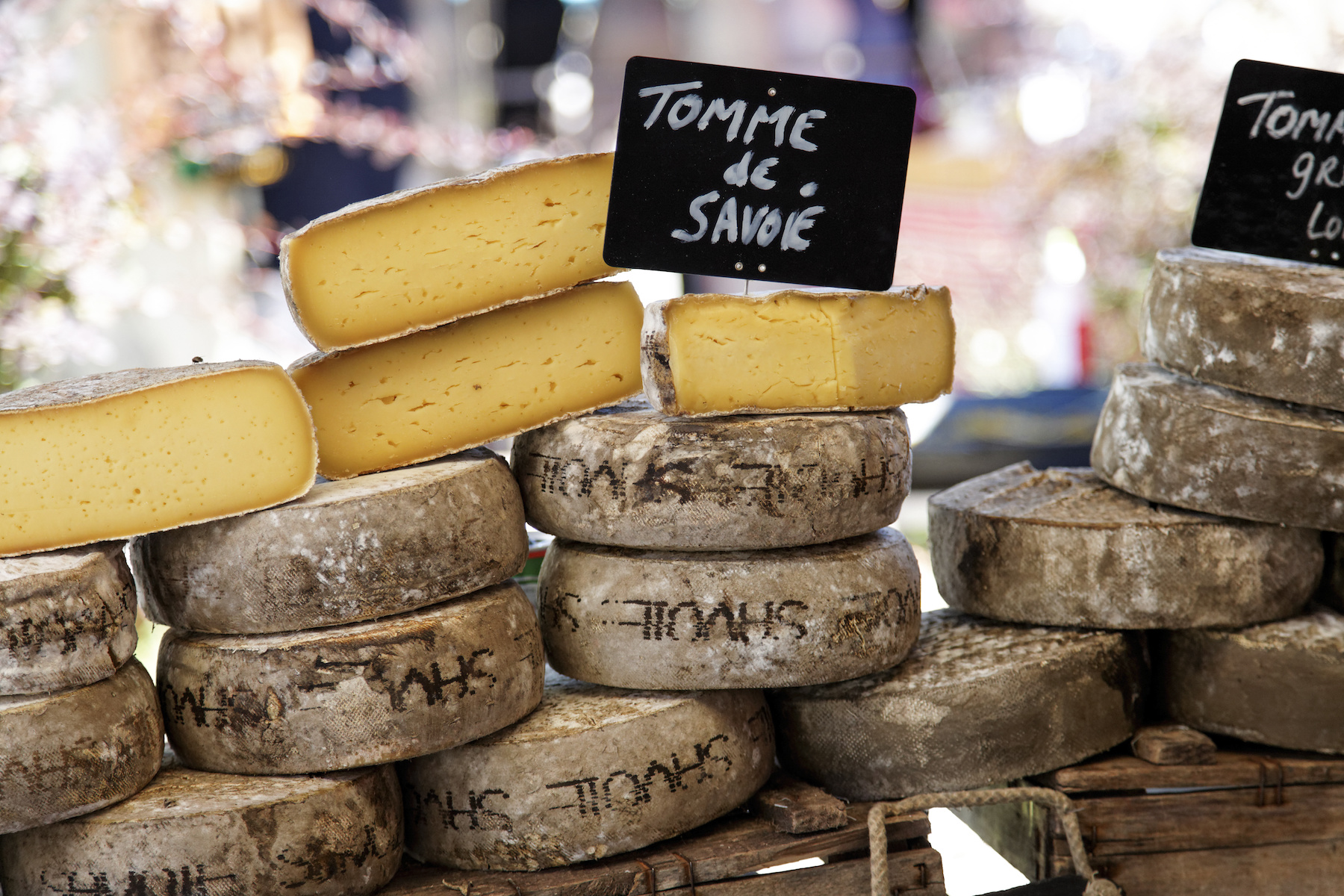 The Cheeses of the Rhone Valley

With winemaking in the region dating back to the Roman Era, France’s Rhône Valley is primarily known as red wine country. Stretching from Switzerland to the Mediterranean coastline, today over 100 million gallons of wine are produced in the region annually, including the bistro classic Côtes-du-Rhône to powerful and collectable varietals like Châteauneuf-du-Pape, Côte-Rôtie, and Hermitage.

In true French fashion, these famously drinkable reds meet their match with an amazing selection of imported French cheeses made in the Rhone Valley! Here are some of our must-try Rhone Valley cheeses:

Named for its town of origin and made in the French Rhône-Alpes region since the Middle Ages, Beaufort is a hard cheese made from raw milk of the Tarentaise cattle breed. It’s aged for 4-5 months – much longer than typically softer Alpine cheeses with a unique process.

During the first two months, Beaufort is salt-rubbed daily, and once the rind has matured, the wheels are smeared with morge – a mixture of brine, whey and old cheese scrapings.  Young Beaufort has a mild, buttery taste and a strong fruity aroma, while matured cheeses develop strong, complex flavors.

Emmental de Savoie is a cooked and pressed cow’s milk cheese with a yellow to brown rind. It’s known for its small holes that are evenly distributed throughout its brightly-colored, creamy center.  The holes develop due to dramatic temperature changes while aging; the cheese is first kept in a cold cellar and then moved to a warmer one creating air pockets within. It has a piquant but mild taste and is often served grated as a part of the classic Fondue Savoyarde, along with garlic, white wine, and nutmeg.

Raclette de Savoie is an ancient mountain cheese common to the Savoie region in France as well as Valais in Switzerland. Its name comes from racler, meaning “to scrape”, which is how the cheese is typically enjoyed. A semi-soft cow’s milk cheese with a dark-beige slightly sticky rind, Raclette has a mild flavor with a rich nutty odor that intensifies as it’s heated.

Traditionally, wheels of Raclette were cut in half widthwise and leaned against a stone near an open fire. It would heat up gradually, and when it started to melt through the center, people would scrape the hot melting cheese onto potatoes, bread, and cooked and cured meats.  Check out our video and recipe for classic Tartiflette made with imported Raclette here.

Reblochon is a semi-hard, pressed cow’s milk cheese that must ripen for at least 15 days in the  regions of Savoie and Haute-Savoie in France. As legend has it, this cheese was invented when a farmer made his milk into cheese to hide a part of his milk production to lower his “milk taxes” to be paid to his landlords.  Reblochon has an edible yellow-orange rind with an ivory center and a mild, nutty, slightly fruity taste and intense aroma. It also melts well and is classically served with potatoes.

Tomme de Savoie is an uncooked, semi-soft cow’s milk cheese with a gray rind with yellow and red spots. It is the oldest cheese from the Savoie region, where the mountain climate gives the cheese its unique qualities.  Tomme de Savoie was invented when local farmers turned their summer milk into cheese to preserve it for the winter. After the cream is drained to make butter, Tomme de Savoie is produced from the leftover skimmed milk, which gives it a low 40% fat content. Tomme is typically aged  2 to 4 months and has a nutty, grassy and rustic flavor, with hints of mushroom and citrus.

For more about the delicious cheeses of France and tips to build the best French Cheeseboard be sure to see our French Wine and Cheese Pairing post here!