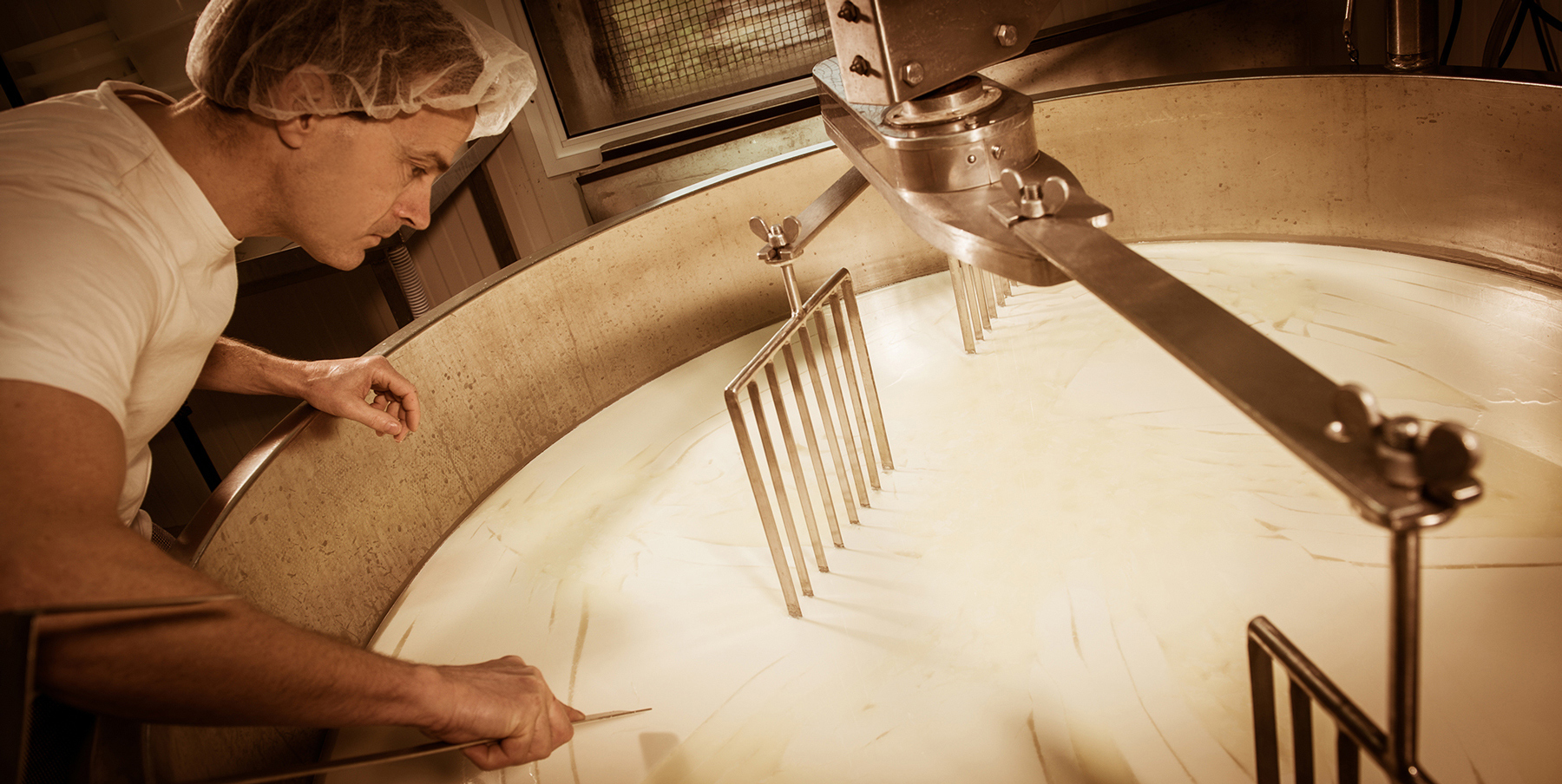 Ever wonder how your favorite imported cheeses can offer such a wide variety of mouthwatering textures, flavors, colors, and aromas when they’re all made from the same basic start of animal milk? Your answer: cheese cultures!  They’re the quiet star of the cheesemaking process and have been used for thousands of years in many different ways.

Let’s start at the beginning with “starter” cultures.  They’re basically a helpful and healthy bacteria that kicks cheesemaking (and yogurt making) into action by helping turn milk’s natural lactose sugars into lactic acid.  This acidifying process makes the milk curdle and separate into curds and whey.

These curds are the basic start to cheese; being pressed, chopped, and aged into the imported cheeses you know and love.  But the starter culture’s work doesn’t stop there; they also help develop the flavor and body of the cheese during the cheesemaking process and later as the cheese ages.

Cultures also give cheeses a sense of “terroir” like in wine-making.   For example, cheeses that have been made since the middle ages around the French Alps such as imported Comté, Gruyére, Swiss Raclette and Appenzeller have all been influenced by the same bacterial life that’s been in that region for all those years; passed down wheel to wheel for generations.

The use of cultures in cheesemaking doesn’t stop at the starter.  Other cultures can be added during the process to create a specific flavor profile or even cheese texture.  Some are used to enhance sweet or toasted flavors and others are used to create those nutty crystals you know from high quality imported Parmesan cheese.  How exactly does that happen? A specific bacteria helps break down the protein chains in the Parmesan cheese to leave behind yummy, crunchy bits.

Yet another use of cultures? To create the gorgeous blue-green veining in your favorite imported blues like Gorgonzola, Danish Blue, and Roquefort. These cheeses are injected with Penicillium roqueforti, which originated in the caves at Roquefort in France, or Penicillium glaucum.

But their job still isn’t done! Cheese cultures are also key to the preservation of cheese by aiding in the prevention of bad bacterial growth.   The good bacteria found in cheese cultures helps the rennet set the cheese and keep out the bad bacteria that could spoil it. (It’s the key reason why cheese lasts longer than milk and aged cheeses can last a long time at room temperature.)  This trick is what shepherds discovered thousands of years ago when the very happy accident of cheesemaking began.  And it’s all thanks to cultures!

Craving more cheese knowledge?  Check out our piece All About Aging or start at the beginning with Cheesemaking 101.