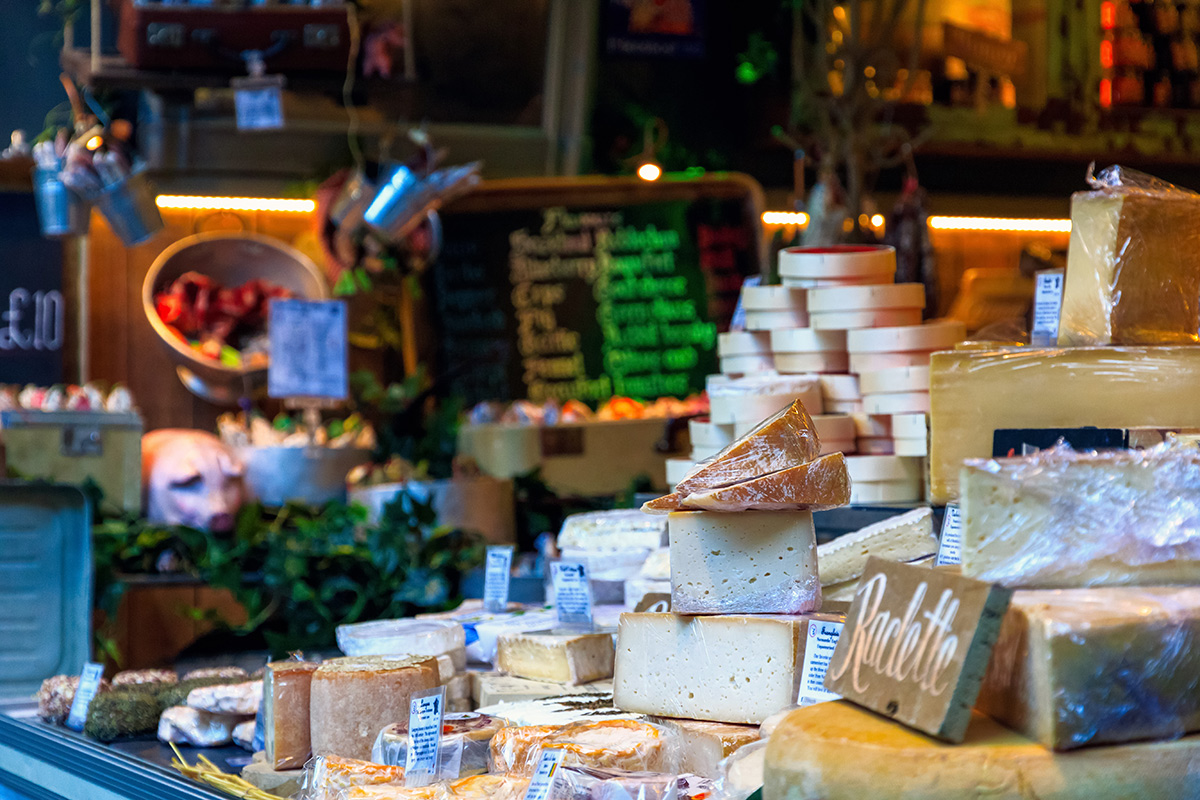 Planning a Spring or Summer European vacation? Be sure to include cheese on your list of must do’s while you’re traveling abroad! Each country in Europe has its own unique style and flair, as well as it’s own quintessential cuisine and distinctive cheeses.  Sampling local cheese is a fantastic way to truly get a taste of a city or country’s culture! To help you maximize your visit, we’ve pulled together a few European hot spots that may be on your must-visit list as well as some of their must-try cheeses to taste during your grand tour.

Known as the Eternal City and la città delle fontane (city of fountains), Rome is home to the Colosseum, St. Peter’s Basilica, the Trevi Fountain … and some of the best formaggio around. In between visits to the Roman Forum and Vatican City, take time to taste some of Italy’s classic cheese offerings.

Grana Padano is a crumbly, dense, crystalline cheese that’s pale yellow in color and offers a nutty, sweet flavor that becomes more savory and complex as it ages. Made in the Po River Valley region, Grana Padano is a member of the parmesan family that’s younger and less expensive than its sibling Parmigiano Reggiano (which you should also try out).

Gorgonzola Dolce DOP is made in a variety of Italian provinces including Bergamo, Como, and Milano. Soft and creamy, this mild blue cheese has a sweet, delicate flavor that is less pungent than other blues. Whether you spread it on a piece of crusty Italian bread or try it as an ingredient in a pasta or polenta dish, you’ll absolutely love this exquisite treat.

Parmigiano Reggiano is a hard, crumbly, artisan Italian cheese that only gets its PDO certification (Protected Designation of Origin) if it’s made with milk from cows that graze on fresh hay and grass. Parmigiano means “from Parma” but it’s also made in neighboring Modena, Reggio Emilia and Bologna. As a cheese lover, you’ve probably sprinkled some on your pasta or stirred it into a risotto. Still, if you haven’t had Parmigiano Reggiano as a snack alongside some prosciutto e melone, you don’t know what you’re missing! 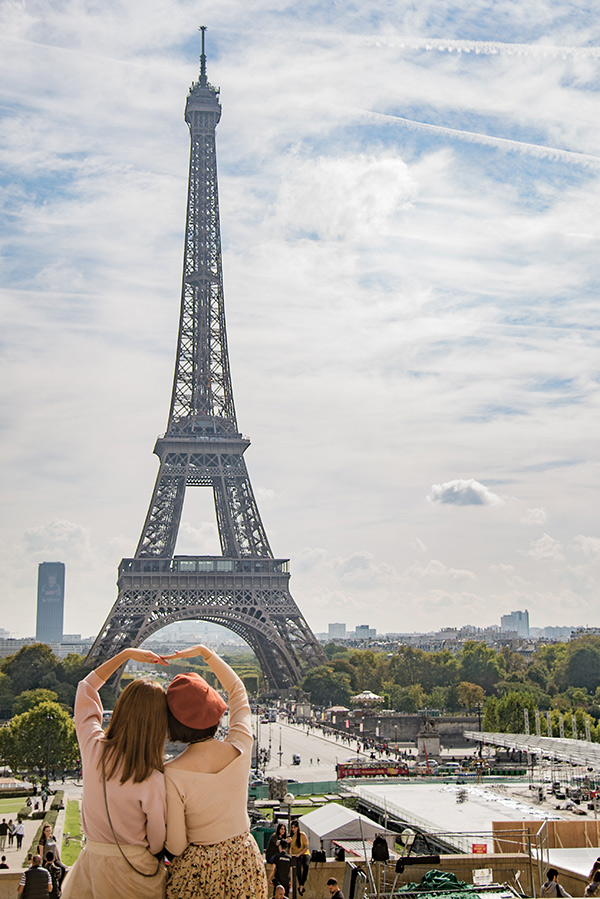 The next stop on our cheese tour is the city of lights. One of the top vacation destinations thanks to its romantic vibe, the iconic Eiffel Tower and the treasures of its Louvre Museum, Paris also offers cheese lovers some of the most refined, luscious options around.

Fourme d’Ambert is one of the country’s oldest fromages and is a traditional blue that features a strong, woody aroma and a creamy, dense texture. Cave-aged for optimum taste, Ambert is made in the Auvergne and Rhône-Alpes regions. The flavor is sharp and tangy and it’s a mouthwatering pairing with bread and fruit, or crumbled on salads.

Camembert from the Normandy region is a classic French fromage that starts out hard and crumbly, but becomes soft and gooey as it ages. It has a buttery, fruity flavor and is frequently baked into a heavenly creation that’s served with crackers or toast so you can scoop up all the magic. We recommend you pair it with a Normandy cider for the traditional Camembert experience.

Langres originated in the Champagne region of France and is a beautiful, semi-soft cheese with a pungent smell, but a mild, salty flavor. Ideally consumed from May to August, Langres is a close relative of Epoisses de Bourgogne that dates back to the 18th century. Formed in a cylinder, Langres features a short well on the top and a texture that’s reminiscent of a brain, so it looks cool on a cheeseboard.

No trip to London would be complete without a stop by the Big Ben clock tower, Piccadilly Circus or the infamous home of the Royal Family – Buckingham Palace!  And it certainly wouldn’t make sense to spend time in the hometown of the Queen without tasting some of her country’s incredible cheese offerings.

Applewood is smoky, spicy cheddar from England’s Somerset region. The traditional farmhouse cheddar has a crumbly, dense texture and a golden-amber color. Delicious with sweet apples and other fruit, it’s also beautiful when grated over pasta or used to level up a grilled cheese or burger.

Bath Blue is a classic blue cheese from; you guessed it, Bath in the UK. Ripened for 8-10 weeks, it features a soft, smooth texture, a strong, creamy flavor, and a nice, clean aroma. It was crowned the Best Cheese in 2014 at the World Cheese Awards and is a must-try while you’re in London.

Burwash Rose comes from East Sussex and is a semi-soft artisan cheese with a creamy, springy texture. The aromatic, floral scent that comes from its rosewater wash enhances the creamy flavor of this melt-in-your-mouth treat. Try it served on sourdough with a spicy chili jam and pair it with a Gewurztraminer or a Riesling.

These are just a few of the thousands of incredible cheese options Europe has to offer!  No matter where your wanderlust takes you; don’t be afraid to ask your server for local recommendations. And be sure to prepare yourself for a scrumptious, exciting, cheese-tasting experience during your trip!